Learn what other customers say about this product
Customer reviews
Customer
Verified buyer
United States
Rating:
I LOVE the figure! Its SUPER cheap and High Quality. You can even exchange the arms.

A***L
Verified buyer
Spain
Rating:
Ok.
D***T
Verified buyer
Brazil
Rating:
The product in the image isn't the one they sell, however it could be worse.I detected only four things that are wrong, one of the cloth part that cover her arms is entirely black, while her dress and the others cloth parts are purple and the same arm don't fit entirely in her shoulder, showing her skin when it shouldn't show. The sword should be entirely black, but almost all of it is purple, also the base isn't transparent like the image, is black and has a red sticker in it wich is written her name, logically it should be written in the front of it, but it is written nearly in her back. Aside from that the figure has it's similarities with the one in the image, her dress, and specially her eyes and hair, wich seems to be the worst part of the figures bought here, are quite good, probably the one that resembles the most the same image that almost everyone uses to this figure, i wish they read it and fix this errors and use the real image.
Customer
Verified buyer
Austria
Rating:
nice work, come again
S***o
Verified buyer
Spain
Rating:
Buen acabado y mas grande de lo que esperaba.
N***r
Verified buyer
Brazil
Rating:
Very nice! 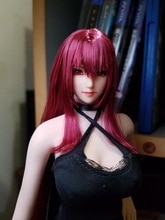 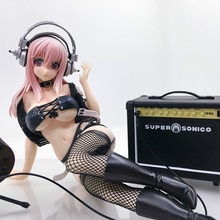 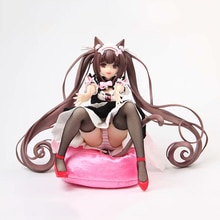